As Christmas approached, I was bombarded by requests to give to various charities. When I went to the mall I heard the ringing bells of the Salvation Army kettles. I received requests in the mail from Covenant House and the Christmas Wish Foundation, looking for a donation. There were many pleas from the Food Bank to help stock their shelves.

Now that Christmas is over and a New Year has begun it’s got me thinking about the plight of the less fortunate. Will they still get their basic needs met? Do people get back to their daily routine and forget about the needy when there’s nobody constantly reminding them?

As we move into the new year, let’s not forget that poverty doesn’t take a break. Let’s not forget that there are children and adults going to bed hungry in this country. There are people who have to choose between paying their bills and putting food on the table. There are people living in shelters who rely on others to help them make it through this difficult time in their life.

We need to work together year round to bring awareness to the plight of those who call the shelter their home. We need to remember that others depend on the kindness and generosity of strangers to help them meet their basic needs. 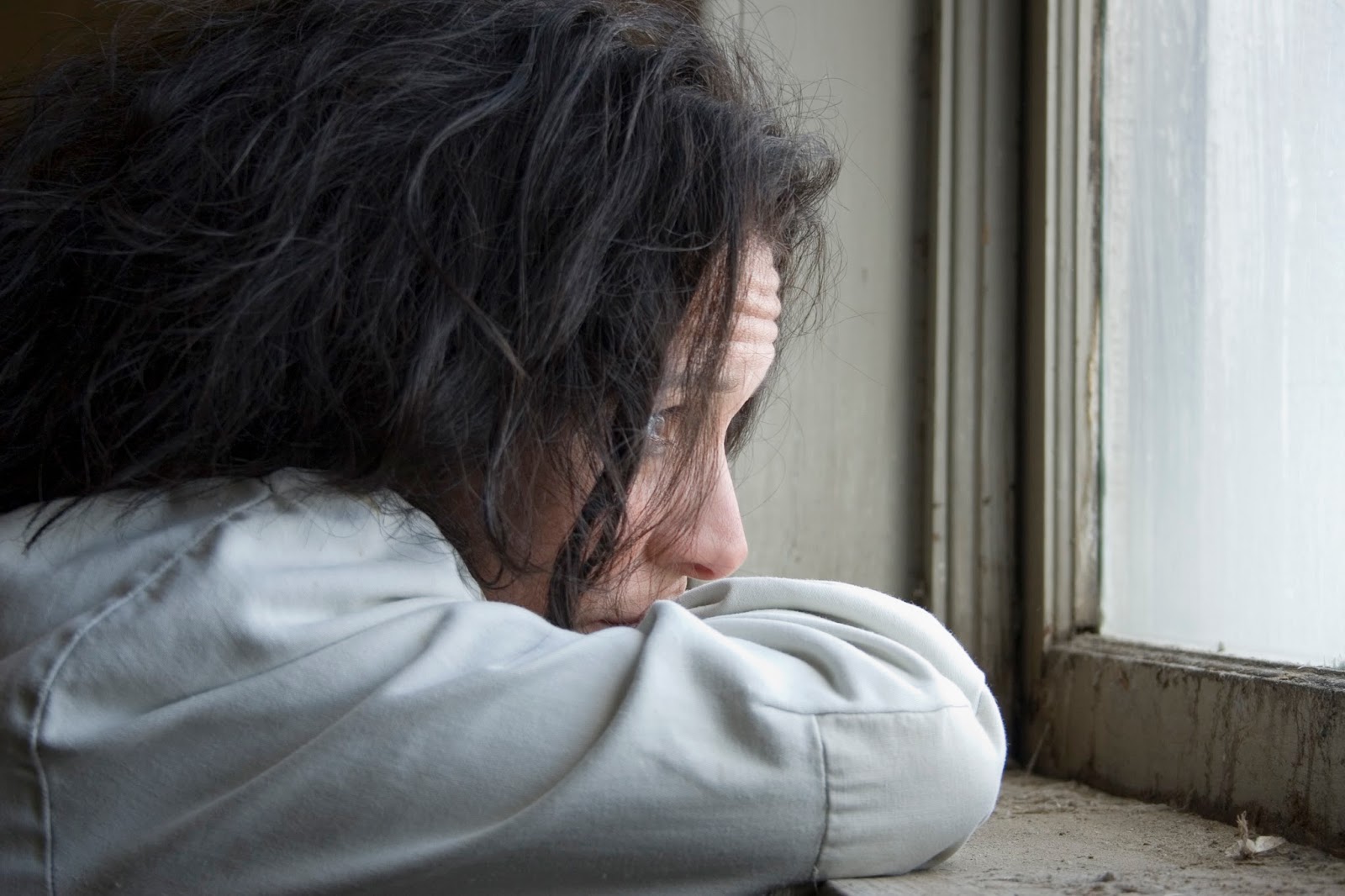 As we head towards Valentine’s Day let us find it in our hearts to remember to donate what we can to our community to better the lives of others. May we all continue to show our giving spirit throughout the year.

Let’s not forget the cause now that Christmas is over. The families that rely on the shelter are depending on all us. 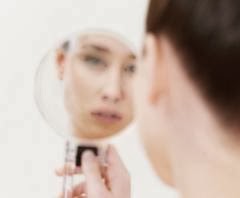 I started my ‘New Year’s Resolutions’ on September 12 last year. It was the day before my 33 birthday. But before I go on, I have to admit something.
I hate New Year’s Resolutions.
I just all around find them….painful. I don’t know about you, but I put more than enough pressure on myself and spend more than enough time sifting through recriminations, guilt, frustration and the eventual shrugging of my shoulders throughout the year for the ‘New Year, New You’ regimen. I like ‘Me’ just fine thank you. Well…most of the time. Ok…there is some room for improvement…
You see: I am a smoker. Nasty, I know and I will spare you the details. 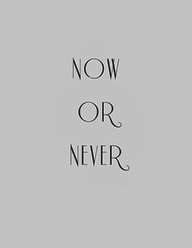 It came down to this: I woke up on September 12 and decided that for my next birthday, I wanted to be able to say that I was smoke free. I was tired of smoking, really and truly tired of it.
Today is January 8, 2014 and I have not had one cigarette since that day. To say I am proud of myself is an understatement. I understand though, that this will never be easy. What I’ve realized in the last few months is that by deciding I no longer wanted to smoke, I was choosing to be healthier. Hmmmm….what other ways could I choose to be healthier?
And… cue the ‘I hate New Year’s Resolutions.’
You see, for some reason as soon as I had that thought, I immediately put it off. I somehow immediately put it into my head that I was going to wait until the New Year to start actively pursuing this new and healthier ‘me’. I mean, I had just quit smoking for crying out loud, what more could I expect from myself?? It could wait until the ‘New Year’! It was almost comical how quickly my brain started teasing me with whispers of ‘ya right.’ and ‘how long will that last’ and ‘one thing at a time silly’. I started laughing at myself long before I even started.
I was asking of myself two extra little things. One was to eat healthier and steadier, the other to get more exercise. (They are NOT lying when they say you ‘may’ gain weight when you stop smoking. Not lying at all.)
SO HA! I had picked only the two top things people resolve to do on New Year’s Day. But…wait a minute…this was only the beginning of October. What was stopping me from starting now? Right this very minute? I have an elliptical machine in the basement. My family recently joined the Y. I had groceries in the fridge to make a ‘healthy meal’ out of. What was stopping me?
Nothing. Just little ‘ole me telling myself I had to be ‘ready’. You know…so that I wouldn’t give up. So I sat there on my couch and rolled my eyes in defeat and found myself scrolling through the humor section on Pinterest to distract myself. And then I reached the end of the page and realized I had already seen more than half of the pictures I had just scrolled through. So, being bored, I went to the main page and there before me is a picture of the most incredible looking recipe I have ever seen. I quickly pinned it and then found myself scrolling through the food and drink section happily pinning away all of these delicious and mostly healthy looking recipes. And…cue that teasing whisper. You know the one. This time it was quietly laughing at me. Reminding me that I have pinned a thousand crafts, recipes, decorating ideas etc. and have only ever accomplished three of them. So I stopped.
I got up and went and got a pad of paper and a pen. I brought everything over to the 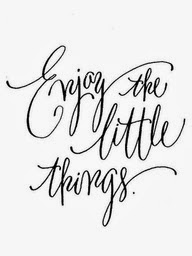 table and sat down. I then went into my ‘Favorite Recipes’ board and scrolled all the way to the bottom. I had pinned over 200 recipes and the only thing I had ever made was peanut butter cookies made to look like reindeer the Christmas before. Well that was that. Now I had lit a fire under my behind. I picked three recipes and made myself a grocery list. I got up, got my keys and went to the grocery store. Two hundred dollars later I arrived home exhausted, excited and wondering what I had gotten myself into. You see, for a girl who loves to cook, I had spent the last year being incredible lazy and downright cranky about having to make dinner. It had fallen to my husband (who to be honest, didn’t mind the chore) or to take out/dining out. I do have ready excuses for my bowing out of my kitchen- I was working full time, planning a wedding…ok I’ll stop. Excuses. So, there I stood surrounded by grocery bags when my husband came into the kitchen and stood there in shock at how much stuff I had bought. When he asked what all the food was for I took a breath and made myself accountable for those purchases. I would NOT let this food go to waste. I explained about the recipes I had picked, and that he and JJ could expect three fantastic meals this week. I don’t know that he believed me. I don’t know that I necessarily believed myself. I only know that I was kind of really looking forward to it.
I have to date made almost 25 things off of my Pinterest page. All of them vying for ‘that was my favorite’ from the three of us. I’m not saying I have cooked every single night. I’m not saying we haven’t gone out to eat. I’m not saying I didn’t have to give myself an intervention of sorts because I was suddenly spending excessive amounts of money at the grocery store for one meal. I’m saying I’ve been learning to enjoy making healthy, delicious home-made meals again. Meals that stretch into healthy lunches for my boys and myself (saving me some precious moments in the morning).
While all this non-smoking, and healthy (extra) eating was fantastic I still want (and now really) need to be a little bit more faithful to exercise. This has been the really tricky part for me. Working 9-5 doesn’t leave a whole lot of time to make a healthy dinner and go to the gym. My proudest moment was the day I managed to do 5k on the elliptical. This was a HUGE accomplishment for me. Sadly, I haven’t been back since as the Christmas Holidays hit and you know…excuses, excuses. But….I have the rest of my life to figure out that balance. I truly do.
It’s not one day. It’s not one year. It’s not one decision. It’s not one fallback.
It’s all YOU baby. It’s your day, your years, your decision. It’s your forgiveness and allowance to give yourself a break. It’s your willingness to stop judging yourself and just allow yourself to take things one day at a time. Stop being so willing to give up because you let yourself down in a moment of need. Understand that every single thing you decide to do for yourself as a ‘resolution’…takes time.  You have time. All the rest of your life darlin.
It’s not one day. It’s not one year. It’s not one decision. It’s not one fallback. So here are my ‘resolutions’ for my life as it is today.
I resolve to be me. Whatever that means. 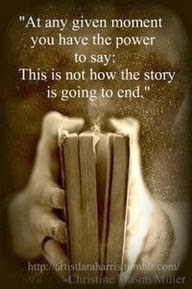 Wishing You…the best year yet.
P.s. if you are interested in learning about how I have stopped smoking…just ask. If you would like a recipe for the world’s best salmon dinner…or the best ‘winter’ roasted jalapeno soup (guaranteed to warm those insides) just ask and we can post the recipes.)